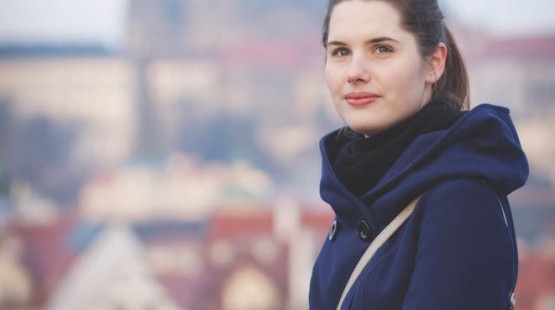 Samantha Boog recently interviewed Féy Cotter, the newly appointed Mobilisation and International Support worker for ECM in New Zealand, about the ECM ‘Foundations Course’. Read on to find out more about this vital and effective ministry.

Missionary burnout and attrition (early return from the field) is a very real thing. Research in this area has clearly shown how culture shock, marital strain, the pressures of language learning, a new climate, disagreements among teams, and even a new time zone can all take their toll.(1)

Member Care is a vital component of any missionary organisation that seeks to look after the people God has entrusted to them. The ECM ‘Foundations Course’ is designed to strengthen and encourage missionaries once they are on the field.

The Foundations Course is a compulsory training component for all first-time ECM missionaries although it’s not always possible for everyone to attend. The location varies across Europe to make it more accessible for everyone. Féy says “The ideal time to complete it is after one year on the field, once people have experienced what ‘being a missionary’ is like. They have experience of culture shock, language learning and of the workings of ECM from a field perspective.”

She says there are a variety of topics covered. “We look at cultural differences, language learning, member care, coping with stress, self-care and practical things concerning ECM processes and systems.” Féy says completing the Foundations Course can be particularly helpful for missionaries to meet up with other people experiencing similar experiences and struggles, “They realise

that their experiences are normal and they have others with whom they can talk about these things. It is a great place to make new friendships with ECM missionaries who are living in other parts of Europe.”

Culture shock is a common and very normal reaction to unfamiliar surroundings and conditions. Symptoms can include: boredom, withdrawal, feeling isolated and helpless, longing to be back home and some physical symptoms like aches, pains and tiredness.(2) There are commonly five phases of culture shock:

Féy says that she and her husband Murray have experienced this firsthand. “The first time we went to Albania was more difficult because everything was different, and we were navigating it with four children. We went through the different phases – sometimes backwards and forwards – and often different family members were at different places in the cycle at different times.”

She says that “Everyone moving to another culture goes through culture shock, but for some people it is a lot more pronounced, or noticeable than for others. Some people move through the stages quickly, or even miss a stage (usually it is the honeymoon stage). Others get stuck in one phase for an extended period of time.” On average both culture shock and then return culture shock each last around two years.

Reverse culture shock describes the feelings of emotional and psychological distress experienced by people who have been living away from their home country for some years. Often the extent of the shock will directly correlate with the amount of time spent overseas. It will also be affected by the degree of cultural differences that have been accepted or adapted to. The missionary’s home country can now feel quite foreign.

Féy says that she experienced reverse culture shock several times, twice upon returning to New Zealand and once when they returned to Albania. “The main word I would use to describe it is ‘disorientation’. Things are familiar but different, and sometimes it
is really hard to put a finger on what that difference is. Is it me that is different? Or is this place different? Usually it is both.” “Frustration is another word. I used to know how things worked, where shops were, but some things have changed since I left, and I don’t know what they will be until the moment I go somewhere or need something. People talk about things that I have no idea about because I was away when that ’thing’ was going on.”

On the Foundations Course, sharing similar experiences with other missionaries, coming together from different fields and different nationalities is really helpful. “We try to get at least ten people to each course so that we can have two or three discussion groups.” Féy says the Foundations Course is taught by senior missionaries who have extensive experience on the field and who are in some form of leadership role within ECM. “It always includes Chris Wigram (the ECM International Director) so that he can get to know the new missionaries and they can get to know him.”

Unlike other mission organisations that run their orientation courses before the missionaries go onto the field, she says ECM’s Foundations Course becomes a very practical tool. Féy says that before missionaries go on the field discussions are mostly theory-based, not based on actual experience. “We also find that the first year or so on the field is the most difficult and so it is good to get everyone together at that stage, so they can discover that their experiences are real, but normal. The Foundations Course can help point them to tools and strategies to help them during this difficult time.”

Missionary attrition is a serious issue and the effect of culture shock on new missionaries cannot be understated. ECM recognises the importance of the development of strong relationships and support networks to help new and old missionaries adjust to a foreign culture devoid of all their previous safety nets. Féy says that “Experience has shown that the attrition rate for new ECM missionaries is now much less than it used to be, and attending the Foundations Course seems to be one of the things that has reduced that rate.”

PLEASE PRAY
--------------------
That believers and missionaries, in small churches scattered across Europe, would be encouraged and strengthened to keep sharing the good news of Jesus with those around them.

(1) Ronald Koteskey, “What Missionaries Ought to Know About Attrition”, Missionary Care