HAS EUROPE'S YOUTH FORGOTTEN THEIR ROOTS? 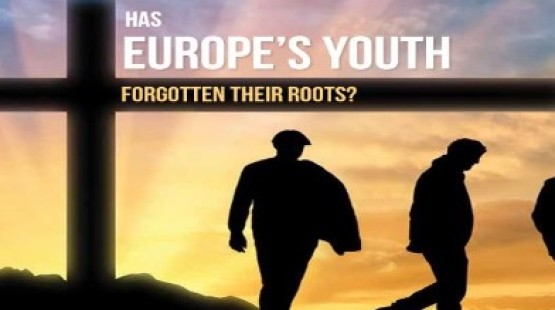 Young Europeans are now growing up with no knowledge of the Christian foundations of their forebears. Will a time draw near that this is likely to change? Can we see light for Europe’s future generations?

“Christianity as a default, as the norm ... is gone and probably gone for good,  or for at least the next hundred years.”

This is the assessment of Professor Stephen Bullivant1, author of a report entitled “Europe’s Young Adults and Religion”. Surveying twelve European countries, the report found an overwhelming majority of young people do not believe in God: 91% of those aged between 16 and 29 in the Czech Republic claim to have no religious affiliation2  and, between 70% and 80% of young people in the Netherlands, Estonia, Sweden, and the UK also claim to be non-religious.

According to Bullivant, many young Europeans “will have been baptised and then never darken the door of a church again. Cultural religious identities just aren’t being passed on from parents to children. It just washes straight off them.”

European youth now grow up with virtually no understanding, let alone appreciation, for Christianity and the influence it has had on their modern world. It would be shocking for many of them to learn how fundamental aspects of their everyday life have been profoundly shaped by the person and work of Jesus Christ.

For instance, the seemingly basic idea that an individual should have freedom of conscience and an equal status under the law springs out of the Christian worldview that every person is made in the image of God. The notion of human rights is not universal, but is a concept that springs directly from Christianity, according to The Routledge Companion to Media and Human Rights (Ed. Tumber, 2018). The claim is made that everyone is born with the capacity to know and resemble God, so every life is of infinite value. The best example of the concept was used to establish a nation, in the American Declaration of Independence:

“We hold these truths to be self-evident, that all men are created equal, that they are endowed by their Creator with certain unalienable rights …”

This may not sound radical to modern Western ears because it is now so fundamental, but such a concept seemed absurd in the Classical world. In the Greek and Roman worlds not all life was considered equal, valuable or worthy of protection. Slaves and barbarians didn’t receive full rights and human sacrifices and combat were commonplace.

“Life was expendable prior to Christianity’s influence …

In those days abortion was rampant. Abandonment was commonplace: It was common for infirm babies or unwanted little ones to be taken out into the forest or the mountainside, to be consumed by wild animals or to starve … They often abandoned female babies because women were considered inferior.”3

It was the spread and increasing influence of Christianity that changed public opinion as pagan practices were confronted with biblical principles. The status of women and the family (Eph 5:22–33), the sanctity of human life (Gen 1:27) and the sinfulness of sexual immorality and homosexuality (1 Cor 6:9–10) all advanced under the influence of Christianity. Eventually the branding of criminals, crucifixion and even gladiatorial contests were all banned; practices that had been commonplace for seven centuries.4

At the same time, Christianity was also stimulating the development of hospitals and healthcare. Early Christians were known for tending the sick and infirm and this gave rise to the development of systematic nursing and medicine. Clement, a first century Christian leader in Rome, records how the Christian community was relieving the plight of poor widows. When plague hit the City of Carthage in the second century, pagan households threw sufferers onto the street. But the entire Christian community, personally led by their bishop, were seen on the streets, offering comfort and taking these sufferers into their own homes to be cared for.5 The influence of Christianity meant that many social outcasts such as lepers, orphans, widows, the poor and the aged were protected and provided for.

Modern science was then developed by people who saw the world from a Christian perspective; people who assumed that the God of the universe who instituted moral laws, also instituted natural laws as well. In his article Christianity and the Rise of Western Science, Peter Harrison says that, despite a contrary perception, “Historians of science have long known that religious factors have played a significantly positive role in the emergence and persistence of modern science in the West.” Isaac Newton made significant discoveries in the world of physics. Isaac Barrow, Newton’s predecessor, said that the only reason he believed that repeated experiments would yield general principals was because of the unchanging nature of the God of the  Bible and his constancy.

We have only scratched the surface of the enormous impact the Christian worldview has had on the cultural development of Europe. We have not even had time to show its influence in other key areas such arts, music and education.

What does this mean for gospel mission to European young people? The reality is a majority of European youth assume that the Church and Christianity have no relevance to their life and aspirations. Christians must seek to show them the forgotten God who is the foundation for all of  life and key aspects of the culture they hold dear. They need to see a God who gives his very self in his Son to transform all of life for his glory and human flourishing.

PLEASE PRAY
..................
• Pray that Europe’s young people will be enlightened to the truth of the Christian gospel and be convicted of their need for Jesus.
• Pray for ECM workers as they try to communicate the gospel to those who have a significantly different worldview.