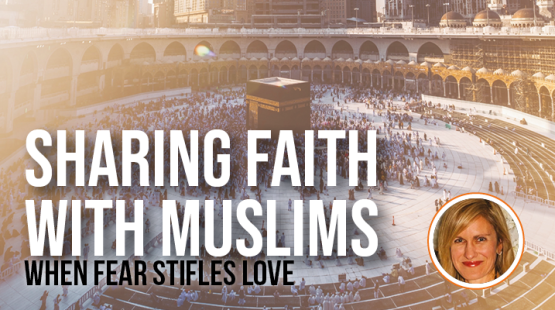 Around 2.7 million immigrants moved to Europe in 2019, with most of them going to Germany, followed by Spain, France and Italy. With thousands of immigrants arriving in Europe daily to escape the horrors of home, the shape of Europe is changing before our eyes.

Sam Boog has been working in Communications for European Christian Mission (ECM) in Australia for the last couple of years. She has a particular passion for Europe and is keenly aware of the needs there and the resources we have here.

It is beyond question that our country was historically formed by Christianity and Judaism. But it’s also the case that with 4.5 million Muslims living with us, their religion, Islam, has also become a part of Germany. (Angela Merkel, German Chancellor)

Around 2.7 million immigrants moved to Europe in 2019, with most of them going to Germany, followed by Spain, France and Italy.1 With thousands of immigrants arriving in Europe daily to escape the horrors of home, the shape of Europe is changing before our eyes.

Two thirds of these migrants were Muslim.2 France (8.8%) and Germany (6.1%) now have the largest Muslim populations in Europe.3 By 2050, France is predicted to be 13-18% Muslim and Germany up to 20%.4 The number of Muslims are likely to continue to grow due to continued immigration and higher birth rates. Muslims are younger and have more children than their European counterparts; the average Muslim woman in Europe has 2.6 children, the average European has 1.6.

This increase has not been dealt with well in many European countries, where a growing number see Muslims as a threat to their way of life. In 2019, research conducted by Bertelsmann Stiftung’s Religion Monitor, confirmed widespread distrust towards Muslims across Europe. In Germany and Switzerland, every second respondent perceived Islam as a threat; in the UK, 40% share this perception.5 In 2018, France saw a 52% increase in Islamophobic incidents, and in Austria this figure was as high as 74%.6 The Muslim hijab has been banned in French schools and wearing the niqab has been banned in the public spaces of Denmark, Belgium and France. Some kebab shops have even been banned in Italy!7

In its most recent report, the Council of Europe warns that “Europe is facing a shocking reality: anti-semitic, anti-Muslim and other racist hate crimes are increasing at an alarming rate”.8 It may have been in light of this that the EU has recently appointed an anti-racism co-ordinator, the first time such a role has been created. ECM missionary in Italy, Richard Wilson says, “Despite the narrative of inclusion, the reality is that Muslims live in a ‘ghetto’ – not physically, but in society. You don’t see much mixing”.

“In this course, de Ruiter seeks to ‘undo Islamophobia’, the fear and prejudice towards Muslims that forms a barrier to hearing the gospel.”

Christians in Europe could see opportunities like never before to share the gospel with people from countries they’ve never even dreamt of visiting. And many of these immigrants moving in next door have come from countries closed to the Gospel entirely. But, sadly, fear has triumphed in the hearts of many believers. “Defensive reactions, not open-handed welcome...have been the frontline story told again and again as events unfold. People fear broken economies, lost culture, those who are ‘other’. But the need we feel to protect ourselves is something the Bible actually tells us to surrender.”9 So it would seem perfect timing that Dr Bert de Ruiter of Tyndale Theological Seminary, in response to Islamophobia in Europe, has written a training course on how to share our faith with Muslims.

Dr de Ruiter says a number of factors have contributed to the increase in anti-Muslim sentiment throughout Europe: Islam’s portrayal in the media, the widespread and growing popularity of the concept of ‘Eurabia’ (a conspiracy theory that Muslims plan to take over the world by imposing Sharia law), and the persecution of Christians in Islamic countries are just a few. But, Dr de Ruiter says that fear of Islam is the number one factor preventing Christians from sharing the gospel and their lives with Muslims.  The goal of this course is therefore, to undo Islamophobia”; to help Christians deal in God’s presence with their attitude of fear, suspicion and prejudice towards Islam and Muslims and learn from Him “to develop an attitude of grace, without becoming naive”. He says, “Our Creator, who is also the Redeemer, is an expert in changing human nature. I believe that God can help us deal with our natural prejudice and develop in us a different attitude, that of grace, which doesn’t see the other as a potential threat, but as a future friend and brother in Christ”.

He says one of the key outcomes is to cultivate an ‘inner eye’,  the imaginative capacity that makes us ask what life is like for another person, what his or her emotions or ambitions are. Fear is a self-focused reaction to danger—it stems from a desire to survive in the face of a threat to us. Empathetic imagination instead moves in a direction opposite to fear. In empathy, the mind moves outward to include the other in our behaviour and decision-making. ECM Missionary in Spain, Chloë Wolfson, concurs: “One of the keys would be to not see them first as ‘Muslim,’ but as individuals made in the image of the Creator. I have a Morrocan friend, married to a man from Pakistan, but instead of seeing the incredibly rich cross cultural tapestry, people just see a ‘Muslim family’”.

De Ruiter says the course is all about developing healthy relationships with Muslims, and challenges each participant to develop a meaningful relationship with at least one Muslim. “We loved you so much that we were delighted to share with you, not only the gospel but our lives as well, because you had become so dear to us.” (1 Thessalonians 2:8)

Chloë agrees that it is critical to genuinely love those from a Muslim background, to show them your faith is lived out in words and actions. “Islam has so much to teach us about hospitality and community. As we seek to share Jesus with Muslims and talk about the family of God, we need to be able to back that up with a community that is more than Sunday gatherings. Authentic community is vital.” She says it’s also important to acknowledge what it will cost them to become a believer in Jesus. “Muslims are asked to give up so much to become Christians. For many that means losing relationships, community, family, and sometimes even safety.”

The feedback for the course has been positive, “This course has softened my heart for Muslims. That is, it has opened my eyes to the fact that God loves them too and he wants them to be saved”.

2 Open Mind BBVA, “Muslims in Europe: the construction of a problem” by Bichara Khader