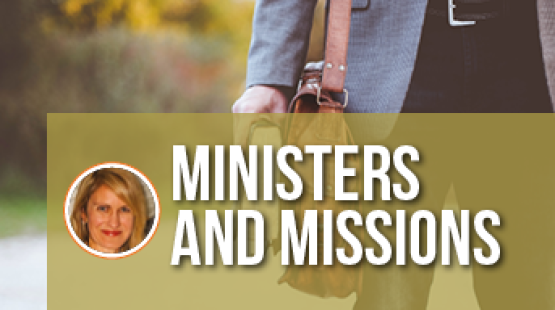 What is role of the local pastor in global mission? Sam posed this question to Ray Galea, lead pastor of Multicultural Bible Ministry, Rooty Hill (Sydney)…

The mark of a great church is not its seating capacity, but its sending capacity.” Pastor Mike Stachura, Grace Evangelical Church USA.

As an organisation, we’ve done lots of thinking lately about how to mobilise people for missions to Europe. How do we find the people who have a heart for Europe and a desire to be a part of what the Lord is doing?

But... mission doesn’t start with us, it doesn’t begin with the mission agency; missionaries are found in church. This is because Christ’s command in Matthew 18:16-20 is not just personal, it’s collective. As the church learns more about the beauty of the Lord, a passion and a desire for others to know him and worship him flows from that. The church must send the missionaries to us.

So what is the role of the local pastor in all this?

I spoke to Ray Galea, lead pastor of Multicultural Bible Ministry in Sydney. 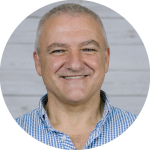 What’s the first step in getting a local congregation excited about overseas mission?

Be committed to local mission, because global mission must flow out of local mission, or we’re hypocrites. God has brought the world to us (hence our name, ‘Multicultural Bible Ministry’). Our first responsibility is to our own backyard and it flows from that. (Seventy different cultures are represented across the various campuses of MBM). The Kingdom of God is bigger than the local church and to only be committed to your local focus would diminish the big picture, but you have to start there. It’s like if someone doesn’t look after their own family first they are worse than an unbeliever.

What are some of the barriers pastors’ face in trying to get people excited about overseas mission?

If the pastor himself isn’t excited about overseas missions then the congregation won’t be either.

If the pastor himself isn’t excited about overseas missions then the congregation won’t be either. As you preach the scriptures, you’re convicted by God’s jealousy for the nations to worship him. You see, when we read ‘gentiles’ in the Bible we should read ‘nations’ because  it shows us God is jealous for the nations. Our passion for the lost has to come from the scriptures. In Genesis 12 God publicly launched his mission to bless the world, and that involved the justification of the nations by faith, through grace alone … but obviously it’s up to the pastor to communicate this well.

How do you support your missionaries?

We have nine homegrown missionaries and if everyone tries to assume responsibility for all of them they can get lost, so each missionary has their own missionary advocate who promotes them through a bible study group. This advocate also meets with me once a term. Each bible study group owns one missionary. The advocate is to promote their needs, celebrations, prayers, generate prayer meetings for them etc … Then we pray for them every Sunday and we’re on a cycle of praying for a different missionary each week. What we’ve done recently is asked them to give us a 30-second video for us to watch before we pray, so that’s even better than a photo. We have also had Zoom meetings on Sundays around our services and they often join in on those. I must say if it wasn’t for some key leaders in charge of this it would break down; they keep me on track. I also have Skype meetings with a missionary family once a month, organised for me by a key leader. The leader joins me for that and so they learn what life is like on the field too. We also allocate 10 percent of our missions budget to local and global missions, so that includes financial support for our missionaries.

‘Sending is just as important as going’ - do you agree?

I want to honour both, as they are both valuable. Not everyone is called to go as it’s an extraordinary cost and not everyone is wired to go. We’re all called to bear witness to Jesus but some have the privilege of leaving everything for the sake of the Lord Jesus. It’s too reductionist to say one or the other, as they’re both important and people need to be responsible for their commitments either way. God has a big heart and when you look at the billions who are ignoring him and facing a Christ-less eternity … you can’t not have a heart for these people. So we tithe our budget for local and global mission and we make sure our eyes look outside our shores.

A lot of it has to do with how much access there is to the gospel, as is the challenge in Europe; do you agree?

Absolutely … there are so many resources we have here in Sydney. We have two missionaries in Malta and what we hear from them about the lack of resources and the small group of Christians there is astounding. In Australia they say 60 percent of people are not in a relationship with someone who is a born-again Christian. You can imagine what it’s like in other parts of the world, it's so hard to access the scriptures, the gospel, the church...we need to send, we need to go.

What can mission agencies like ourselves do to better foster relationships with churches?

How can we get more pastors thinking like this?

What you’re doing right now! People need to hear the stories and learn from other pastors, but the main thing is visiting your missionaries. It felt like a luxury to do it and we see it as part of the mission budget, but it was amazing. Every one of those missionaries felt so loved and supported. It also meant I had first-hand experience and it was so valuable for me and enabled me to better understand what they’re going through. So pastors can learn from other pastors and learn from the experience of others…but it’s certainly worthwhile taking the time and money to visit your missionaries.

Praying is a critical part of supporting them, isn’t it?

You want to share in their struggles, celebrate their victories, and learn what they’re learning about God on the field and they start to minister to you, they pray for you. Seeing our missionaries as on staff with me helps with greater ownership and helps me to take the time to listen to them and value their contribution.

In conclusion, encouraging missionaries from within your congregation is a step-by-step process…

Please pray for Ray Galea and his ministry team at MBM, that they would continue to preach the gospel and that, as a result, his congregation would be stirred to serve the Lord in countries with little access to the word of truth.

To read the full summer edition of the ECM News visit https://www.ecmaustralia.org/ecm-news