It is terrible to die of thirst on the sea The need for church planting in Europe.
Written by Sam Boog

Where in the world is the church in sharpest decline?

Where in the world is Islam the fastest growing religion?

Where in the world are nationality and religion virtually synonymous terms?

And yet where do you find scores of unreached people groups?

It may seem incongruous to begin a church planting article by hijacking a famous quote from Friedrich Nietzsche, the atheist German philosopher, but his idea of ‘dying of thirst on the sea’ is an apt one. Europe—the foundation of Christendom, the home of the Reformation, the location of the most beautiful church buildings in the world—now ‘boasts’ the lowest number of evangelicals on any continent on earth. Church attendance is among the lowest in the world. But even worse, within that small number of regular churchgoers, attendance is often a religious ritual, devoid of a real and saving relationship with the Lord Jesus Christ. It is a continent dying of thirst while sailing on a rich Gospel sea.

Europe has some of the most beautiful church buildings in the world, but now ‘boasts’ the lowest number of evangelicals on any continent on earth.

For centuries, Christianity has been the dominant presence in Europe and origin of gospel mission for so many other countries of the world. Yet, now, the growth rate of evangelicalism in Europe is less than 1%.

“European ministers are preaching to ever-emptier pews. Just 10% of adults in France and Sweden go to church once a month or more. In Ireland, regular attendance fell from 90% in 1990 to 60% in 2009. Shrinking congregations have led the Church of England… to close 1,900 churches since 1969, 11% of the total.”¹

Not only do they not attend church, 80% of young people in France and the UK are now growing up in homes with no religious instruction at all.²

Some 50 years ago, church leaders “could assume people knew what Easter and Christmas were about, or had heard of ‘Daniel in the lions’ den’ or ‘David and Goliath’. That’s not true now, so churches have to start a lot further back with real Bible basics.” Ruth Perrin, research fellow at St John’s College UK.³

In an increasingly secular climate so hostile to the gospel, how do you plant a church?

New churches in Europe take a variety of forms:⁴

Daughter church plants tend to be initially dependent on the mother church, with the aim of becoming independent. They can range from an existing church starting a new church in a nearby location, to larger churches and denominations sending teams from one congregation to other cities or even countries to begin a church.

Sometimes called repotting, a team of people move from an existing strong church to a struggling congregation to revitalise it.

Many cross-cultural mission agencies such as ECM use this approach, sending one or many missionaries into an area where they start a church from scratch. Where possible, rather than working in isolation, the teams partner with local Christians.

Leaders encourage and equip cell or Bible Study groups to take on their own identity and see God’s plan in the lives of the people in the group... in addition to meeting on Sundays.

Pioneering concepts of church that don’t fit the traditional mould and that seek to go where people are—on the fringes and margins of society. Often these churches begin by finding a ‘person of peace’ who links them into a network and shows them what God is doing in a secular space where a church can take root.

Church planting partnerships involve joining with other ministries or churches already on the ground and building on those networks. 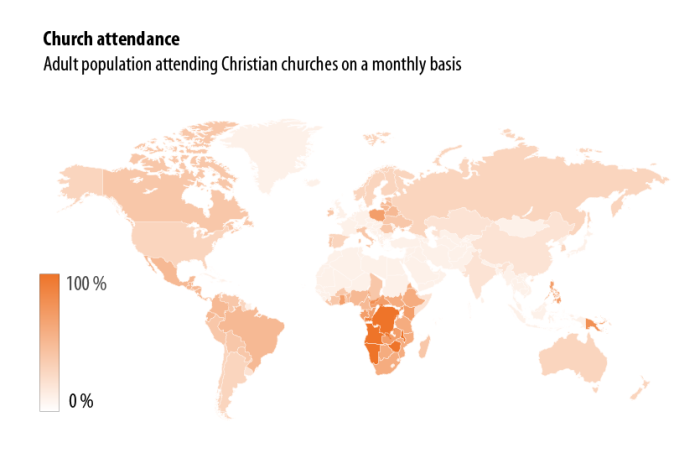 ECM has been a pioneer in church planting practises across Europe for decades. The aim of any church plant is for them to eventually be self-supporting financially, but also in training and the development of local leaders; missionary sending rather than receiving. ECM’s goal of re-evangelising Europe is a church planting vision, where communities of disciples of the Lord Jesus can be salt and light in their local towns and nurtured and encouraged to praise and glorify God. ECM has missionaries in all parts of Europe at every stage of planting churches. Some weren’t even sure God was going to use them to plant a church at all, like Ali M who serves as an ECM missionary in Germany:

“We never assumed we would start a church. But as people around us came to faith and others couldn’t find a local biblically based church, it seemed that the church was there before we even knew it. Church planting is God’s business. Maybe you’ll start a church one day; maybe you will support others. Know the gospel and if God compels you to move into a context like Europe then examine your heart, speak with godly people and obey the call.”

Ali explains how many Europeans have misconceptions about church…

“A few people have been reluctant to visit us at church because they suspect us to be some kind of cult… We’ve also seen Muslim migrants come to Germany, see empty churches, make the assumption that Christianity is a dead religion and expect these churches to become mosques in the coming generations. Most Germans also think church is for people who have problems, are weak or need ‘support’ of some kind.” 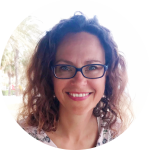 “Church planting in Europe faces many challenges not encountered in places like Australia.”

ECM missionary in Spain, Chloë Wolfson has been exploring ministry possibilities in Roquetas de Mar for some time. She says trying to work out whether to plant a new church from scratch or build on another ministry takes a lot of wisdom and discernment…

“I don’t want to see a new church established just so there is one of our flavour or brand. I’d love to see all the churches here grow in their capacity. But it is often hard to know when to support others and when to start something new.… It may be that one of the established churches can grow in its gospel mindedness, missional heart and cultural awareness, and be grown into the kind of church that can reach our area’s diverse population. On the other hand it may be that a whole new ministry needs to develop to fill a gap or reach a group that existing churches won’t. So we’re pushing all doors, and praying hard.”

But she points out that the bible study leaders at her church in Sydney had a more robust theology than many pastors in Europe, and this can make partnering in ministry very difficult when they don’t share the same vision. And the ministry context is vastly different to what it would be like in Australia:

“I don’t know any towns in Australia where there are

30,000 Muslim migrants and no Arabic speaking ministries. If I did, there would be numerous churches I could partner with.”

Church planting in Europe faces many challenges not encountered in Australia and New Zealand; few resources, shrinking congregations, Christian immaturity, government hostility and opposition from authorities. Growth can also be far slower than we would expect even in Australia. “Here in Sydney, we measure church growth each year. In Europe, it can take a decade or several to see the church planting process come to fruition,” says Dan Duffy, an Irish SMBC Bible college student.

Missionaries in Europe need our prayers as they persevere in often hostile soil.

Pray for our missionaries who are at varying stages of the church planting process.

Pray that godly, thriving Christian communities would emerge in Europe that witness to the saving love of the Lord Jesus.

To read the full Autumn 22 edition of the ECM News visit https://www.ecmaustralia.org/ecm-news